Finally! The one anime that I was most looking forward to this season! Ever since it was announced, I’ve been waiting for Boku wa Tomodachi ga Sukunai NEXT – the second season of the Fall 2011 comedy.

Everything went even better than expected. If the first season’s story was very loosely connected, and was for most part episodec, then here something more can be seen. The first episode hints that the whole season will be focusing on Sena’s and Yozora’s relationship – different scenes, opening, ending all show that.

First of all, a small introduction to the story for those who haven’t seen the first season. Kodaka Hasegawa is a high-school student with unusually coloured hair which makes everybody at school think he is a delinquent. Contrary to this belief, he’s actually very calm and friendly person. One day, he overhears an imaginary conversation of his classmate Yozora Mikazuki. Together, they establish the Neighbour’s Club, for people that have no friends. Not long after that even more people join: Sena Kashiwazaki (the rich girl who’s liked by every guy at school), Rika Shiguma (the genius girl) and Yukimura Kusunoki (a girl-like boy who wants to become more manly).

Together they have a lot of fun while trying to learn what it’s like to have friends. They experiment different social interaction types and try out activities that friends do together – yet they don’t recognize each-other as friends. All of this is bundled with comedy, sometimes even sexual references. Although I didn’t particularly consider the first season to be a masterpiece, it’s always great seeing a series get another season – therefore my expectations for NEXT are higher and I think I’ll like it even more.

I can’t give a very objective look at the first episode of this anime, since I’ve seen the previous season, and this continued practically from the place where the last one left off. The quality of art remained great, as expected, and I really enjoy the used colouring scheme. This type of art is exactly the one I look for in anime – it’s gives a sense of quality and modern time, while not exaggerating with proportions and artisticism.

Voice actors remained the same, and that’s good – probably everybody who watch Boku wa Tomodachi ga Sukunai NEXT have already seen the previous season, and thus expect to hear the same voices that did a very successful job before. The opening song was good, and both of the opening + ending visual sequences were interesting and insightful. 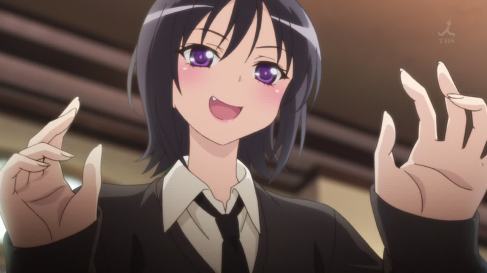 Overall this anime is one of the several comedies this season. It has a positive atmosphere, and seems to have a more consistent story this time. Possible romance? Who knows – I’ve desperately avoiding reading spoilers of anything past volume 7 of the novel (including 7). Short-time verdict – I’ll be following this anime weekly. Hopefully it won’t be disappointing and overflowing with ecchi.