Amazing episode. Truly what I was waiting for! The atmosphere changed completely and the urge to watch on was renewed.

Everything started off with the Red King still being in jail. Soon, I learned that he was close to causing a huge disaster – probably uncontrollably blowing up the whole city. That puts a lot of pressure on him, and that’s why he chose to become a prisoner. Now he can just relax and let others take care of the consequences. 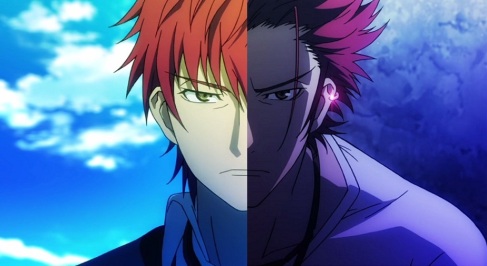 However, what amazed me so much wasn’t the Red King. It was the change in the story regarding Shiro. In my last post I made a prediction, but what I thought before seems to have been completely opposite. It appears (at least for now) that Shiro doesn’t even exist. His memories are falsified – his parents, house, friends don’t exist. He doesn’t appear on photos of the regular customers of his favourite cafe. He isn’t in the database. All of that leaves only one possible option – he isn’t who he thinks he is.

Additionally to this revelation, the episode deals with the Totsuka’s character. Totsuka was the man that was killed on the video, and he was a big part of the HOMRA gang. He couldn’t fight, but he was still very supportive and probably kind of a friend for Mikoto. Therefore, his death brought about much sadness to others, and from that point our story began.

I admit I liked it. It was very refreshing to see a revelation in this anime. Instead of the usual wasting of time on the build-up of atmosphere, this episode went straight for the point, and was very successful at that in my opinion. The music was also used very effectively here, and all characters acted as expected. A real point of change in a series, and I expect the authors to use it to full extent – riding on the rising wave. 9/10